Where is Erdogan taking Turkey?

A campaign appearance in Germany highlights divisions at home

Turkey is a country at odds with itself. The cities of Istanbul and Ankara are home to young, Western-oriented, urban elites; yet the silent majority in the countryside looks to authority and sees in Prime Minister Recep Tayyip Erdogan the catalyst of the country’s remarkable economic success over the past ten or twelve years.

This internal conflict raised its head at Erdogan’s appearance in the western German city of Cologne on May 24. With an eye to the presidential elections in August, Erdogan was seeking the support of the 1.5 million Turks living in Germany who can vote in their home country. It’s widely believed that Erdogan will run for the presidency.

An enthusiastic audience of 15,000 Erdogan supporters from all over Germany turned out to cheer the Turkish premier. Twice as many opponents – most of them Alawites and Kurds – demonstrated against him on the other side of the Rhine River. It was far from clear that the event would pass off peacefully following violent protests in Turkey in the wake of the Soma coalmine disaster.

One scene above all had angered Turks both in Turkey and in Germany – images of a member of Erdogan’s staff kicking a protester on the ground at the scene of the disaster. Shortly before the Turkish prime minister arrived in Germany, it was announced that the offending staff member had been fired.

This action by Erdogan had a markedly calming effect on the mood in Germany. Ahead of the Cologne visit, several German politicians had urged Erdogan not to make the appearance. In a newspaper interview, Chancellor Angela Merkel appealed for moderation on Erdogan’s part. But Foreign Minister Frank-Walter Steinmeier of Merkel’s coalition partner, the Social Democrats, saw no problem with Erdogan’s campaign speech in Cologne.

Even under normal conditions there could have been anti-Erdogan protests – but for the past year, nothing has been normal in Turkey. Erdogan has demolished or damaged a series of institutions that are indispensable prerequisites for his country to be admitted to the European Union. This includes progress on the accumulated legislation, legal acts, and court decisions that constitute the acquis communautaire, the body of European Union law. These cannot be negotiated, only adopted – especially in the areas of constitutional legality and the separation of powers.

Turkey has so far only adopted one of the 35 provisions – relating to science and research. Both President Abdullah Gül and Prime Minister Erdogan have openly vowed to push ahead with the EU accession and reform process. And Turkey now has a minister for Europe. The country is working at United Nations level to help solve the Cyprus conflict.

But Erdogan has alarmed supporters of Turkey’s accession to the EU with his dismissal of judges, prosecutors, and high-ranking police officials after the violent protests at Taksim Square last spring. Many observers believe that in the light of international developments in recent years Turkey has abandoned its goal of joining the EU.

Over the past year, Erdogan has persecuted sympathizers of the Fethullah Gülen movement. For many years, they were his companions on the economic leap forward which over the last decade saw Turkey clock up growth figures more usually associated with booming Asian economies. Like Erdogan, Fethullah Gülen followers are largely from the country’s less educated classes, who under Erdogan’s leadership have systematically replaced the country’s Kemalist elite.

Istanbul is already the biggest city in Europe. Few places in Europe are undergoing such rapid change as the city on the Bosporus. In terms of population, Turkey will soon overtake Germany, where there are 3.5 million people with Turkish roots, many of them with German passports.

But Erdogan’s grab for absolute power has put the educated elites in his own country and many successful German Turks at a loss. There are hopes someone will work to counter or moderate him – for instance, President Gül. But at the moment, it seems no one is able to stop Erdogan, who has undoubtedly been influenced by the autocratic developments in Russia. With Putinization well under way, Turkey has no political alternative to the AK party, which Erdogan treats as his personal fief.

This places Germany and the entire West in a dilemma. The Crimea crisis, affecting Turkey directly via the Muslim Tartar minority, and above all concern over Ukraine, make Turkey a necessary partner for the West.

In addition, Turkey is a NATO member with dangerous instability on its eastern and southern flanks – civil war in Syria, an unpredictable Iran and the unresolved Israeli-Arab conflict make it a linchpin of order in the region.

Meanwhile, the integration of German Turks has moved on – the fourth generation is growing up in Germany now. Turkey is both close and far away because their feeling is growing that Germany is a safe country to call home – not something you could necessarily say about Erdogan’s Turkey today. 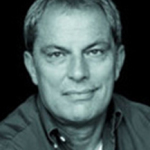